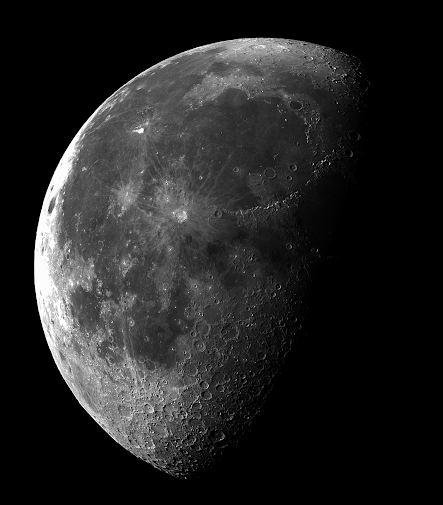 Advice from a Gibby Moon

The Moon rose gently as a rose

in darkness of the night,

until the morning light.

His dimness soothed my tired eyes

and lulled them into sleep

on pillowed clouds which he supplies

to dreamers in his keep.

And when he winked and turned his head,

his gibbous back displayed

where I lay disarrayed—

recovering from the reprimand

of sunlight far too bright

while playing on the shoreline’s strand

with nary shade in sight.

Too long I stayed, too long I played,

and now I paid the price.

The moonlight’s sleepish tune then bade

me take this good advice:

“Play not in Sun till day is done;

take care to heed its power.

You had your fun, but you’re not one

with stamina of flower.

You could deflect this consequence

by stopping for some tea.

My face is often toward the Sun,

and yet I’ve never burned,

for though I bounce its light for fun,

here’s something that I’ve learned:

The times are best when can I rest

in shadows of the Earth,

but in my quest from east to west

its coverage lacks the girth

from the Sun for very long—

for we both must move along.

And so I spin as on a spit

to hide from his purview,

so I won’t burn more than a bit,

for that would never do.

Enjoy your time beneath the Sun,

but know that when you’re through,

if you don’t learn from what you’ve done,

you’ll hear him laugh at you.”

There once was a lull in the depths of the hull

The fans were disjointed and quite disappointed;

some drank far too many a few.

Most lost lotsa money, and others? Well Honey,

they really got cooked in their stew!

“But if only he’d hit the ball after ‘Strike two!’”

They all were elated when Casey was traded:

a swap for a car dealer’s son.

Once Casey was there, it only seemed fair

that the money they’d lost (none had won),

they still might recoup on a ’50s finned coupe

from “The Best Used Cars Under the Sun.”

“But that ump was a rump when he shouted, ‘Strike one!’”

While Casey was there, not a sale could compare;

“Strike a Deal” became his marquee.

Great skills he’d amassed since that faux-pas long past,

the sad day his “Great Shame” came to be,

when he fell to his knee and heard everyone’s plea;

And the next generation we raised in this nation

would watch him each night on TV.

A bat on his shoulder, cheerleader (he’d hold her),

great props—quite the pitchman, you see.

Fat, oldish and grey, but the buyer’s he’d slay

although all could recite the sad tale of that day 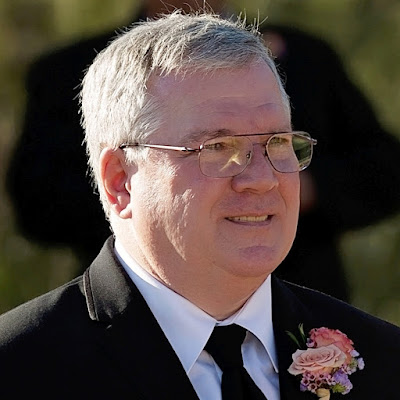 Ken Gosse usually writes short, rhymed verse using whimsy and humor in traditional meters. First published in First Literary Review–East in November 2016, since then in The Offbeat, Pure Slush, Parody, Home Planet News Online, Sparks of Calliope and others. Raised in the Chicago, Illinois, suburbs, now retired, he and his wife have lived in Mesa, AZ, over twenty years.