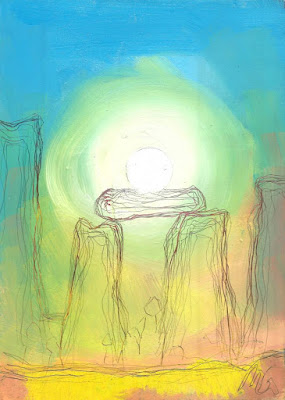 as crickets warm to birdsong,

we forage for wild herbs as they did

long ago, to calm, to charm

Oak leaf and wildflowers for crowns

Then, by pathways collect elderberry

from deep in the forest far

away from lonely land sprayed toxic,

Listen to the message on the wind

and catch sure signs in skies above

grasslands and hills, where sun seeps

into year’s longest day with messages

Listen to the message on the wind

and catch sure signs in skies above

the hills where sun will filter through

this morning on year’s longest day

waits to be broken,

it saw before days counting

where old light streams through,

For each new light announces

at peace on mountains gazing out

on lakes where darkest depths hide

Which only time knows waiting

on this warm splendid summer 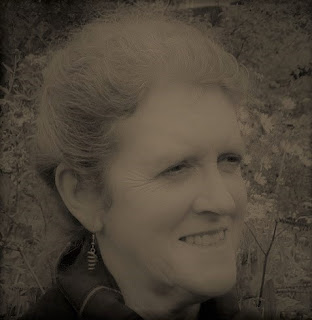 A member of The Poetry Society (UK), Adèle writes creatively as Ogiér Jones and calls Freiburg i. Br. and Melbourne home. She has four collections of poems, including Beyond the Blackbird Field (Ginninderra Press, 2016) and three collections in the Pocket Poets series, also published by Ginninderra Press. She appears in numerous anthologies and has been shortlisted and awarded in poetry competitions. Much of her poetry is inspired by her international work, and by her passion for walking in bush, forest, and mountains wherever she lives.