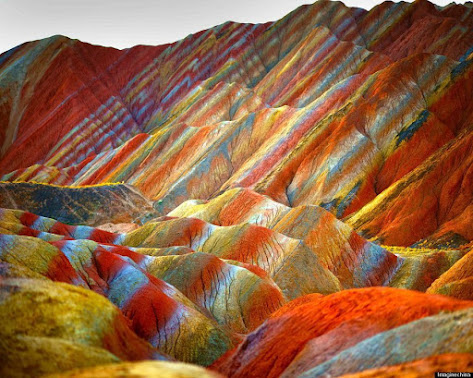 Yoda-like—the eyes, the smile, even the ears that flume from under a pinstriped engineer’s cap—the tiny man-boy careens around Sweet Pea’s Espresso, serene and squat and centered in a chair as solid as a forklift. With every turn, every flick of his right-hand joystick, he threatens a chair leg, a top-heavy double latte, a stockinged shin, a disgusted look.  His parents, Barbie and Ken, sit nursing cappuccinos, bribing his little sister with a bagel and pink-flavoured cream cheese. Already a giant to her older brother, she will one day be as precious as her mommy. “How about riding in…now, who is this…?” Ken baits the boy across the tabletops and financial sections, pointing to Tommy the Tank Engine installed for toddlers on the tile floor of the old smoking section. The boy pulls up sharp, whirls around. “Yes, I wanna ride him, Daddy!” He circles back, dodging the girl bussing the two- and four-tops, who backs away in a clatter of cups and saucers piled high in her plastic bin. He’s a mechanical pigeon, homing in on his hero but honking like Daffy on helium. “Put in the money, Daddy. Lemme ride!” Lifted from its roost by armpits no deeper than divots, his body, seemingly half dead, dangles springy, naked legs like sprung sausage curls that slide easily into Tommy’s pilot house. The fit is perfect and, at the clink of a token, the bullish ride, euphoric. The ancient face savours every swirl, every hydraulic spasm. He’s Oscar Peterson mumbling at the piano, Bird Parker juking on sax. The convulsive legs never stop jazzing. Meanwhile, Barbie wet-thumbs the corners of their daughter’s sticky mouth, the blond wispies at her temples, cooing to the perfect girl straining to witness her big brother’s totemic ecstasy.

Dive in anywhere. Go ’round and ’round on pearl or coral, cross on cobalt, stall against the black mass, the black slabs that finger under rivers of rose. Your hazel eyes will search unmirrored the rings like years, the vibrato’d, banded angles. Your sparrow childhood will scan for the far mouth of corn stalks, inflict patient waiting before screaming. Scrawls in clay will cue the silliness of ancient glyphs. Saplings will bend and sing to the wind. Darkened leaves will unhem. Dawn’s paradise will shatter, the constellations of fine lines torn apart for a merciless afterward waving like harsh flags. But then a familiar vermillion will send autumn’s frost dissolving, the diurnal hours zigzag-falling like freewheeling feathers, until tonight ages into its sedate pitch, those baffling coils slacken into cool-jazz Taps, and you view the horizon: slimmed, glimmered, wobbling.

Under branches defying gravity the path meandered toward the nursery. From an uncertain height all eyes seemed upon us. The silence of blossoms made it at first feel right. Leaf-fall, bleeding from selected trees, the greenhouse at its designated distance, argued for the set-up as an outgrowth of nature, the temperature not as a kind of poison. In fact, the caretakers were in league with economies of fear. They would take mallets to our knees. These thorns were gods and we travellers, worshippers, torsos caught eternally in coarse and caustic brambles. What use to mouth inane prayers or stride like animals? What use to side-step the torn stubble like creatures of the night? We’d need streamers of fire to excavate a trench toward home. We’d need to swivel our shoulders, plunge through the forest without helmets, pause before the altar whose namesake was our mother, whose stanchions were of heartwood, whose scene allowed no repeating. Our best intentions undercut before daylight, our balance challenged by the frequency of foxholes, our voices reduced to the capacity of swine, our vision limited like a gas-lit lamp, we ping-ponged till pleading Uncle.

Some days I even dare face whether the (un)(re)stored fortress of language that bears up my own subtle house of doubts is surfacing or sinking and whether my sentience is like a band of seekers crossing then walking its idyllic beach, drawn by the free music of wind and surf, or like exiles-like-mice left to roast in its thick wilderness of land-locked dunes, the sky scraping and thriving overhead, bordering on ash no matter dawn or attitudinal dusk, no matter the cringe of sun hung low, its scrimmed rise or fall. Other times, the hours like shifting sands penetrating or escaping a weathered perimeter flood with the cowed wonder of what might lie beyond: dark cliffs, remnants eaten away from a tilted world, mythic stones stood and held on edge, a remote ocean boiling away its underwater flora and fauna. Or just maybe mind’s way one day will move easily like wheels over a hard but ebbing frost, eventually barreling down the clean slopes with the look and smell of lucidity borne of speed—but all caught still in the taut ebullience of sapient insufficiency. 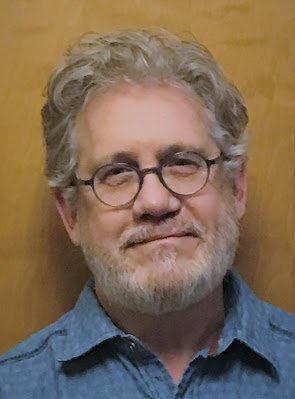 D. R. James’s latest of nine collections are Flip Requiem (Dos Madres, 2020), Surreal Expulsion (Poetry Box, 2019), and If god were gentle (Dos Madres, 2017), and his micro-chapbook All Her Jazz is free, fun, and printable-for-folding at Origami Poems Project. He lives in the woods near Saugatuck, Michigan, USA. https://www.amazon.com/author/drjamesauthorpage