How I Met Castro - Short Story by Adrian David 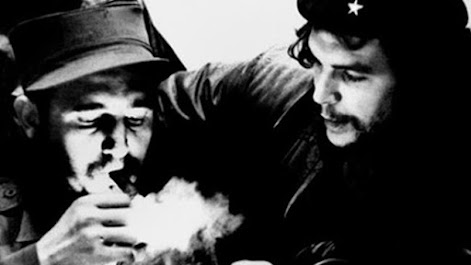 How I Met Castro

Was there ever someone you were just dying to meet, only to realize it wasn’t as easy as it sounded?

For some, it might be their favourite singer or athlete. For many, a famous star, or perhaps even the Pope.

The person I wanted to meet hailed from the island nation of Cuba. When I say the name Cuba, you probably associate it with its famous Cs—Cigars, Cocktails, Communism, and last but not least, the Comrades with cool beards, Che and Castro.

I had a chance to rendezvous with Che in the Americas in 1967. But Castro, oh dear Castro! It didn’t transpire. Ever since he spearheaded the Cuban Revolution and established a one-party socialist state on the island in the late 50s, I longed to meet El Comandante. But, alas, my efforts were in vain!

Where do I even start?

I unsuccessfully attempted to meet him soon after the revolution. He was otherwise preoccupied during the Bay of Pigs invasion. I, then, sought the aid of a gang of Cuban exiles. They tried their best to accommodate my request but let me down. After the colossal disappointment, a few Italian ‘friends’ promised they would escort me to him. Oh, how I believed them and eagerly awaited our appointment, only to be let down again! Instead of getting discouraged, I became relentless in my endeavor.

Soon, the Cuban Missile Crisis and the ensuing standoff between the US and the Soviet Union led to one of the most defining moments in the Cold War. During this period, I exerted myself beyond measure in my unrelenting attempts to meet this icon, come what may.

From Castro’s inner circle, I came to know he desired certain things. In my never-ending pursuit of this elusive man, I inundated him with gifts. Not ordinary gifts, mind you. Well-thought-out gifts—shoes, fountain pens, handkerchiefs, wetsuits, chocolate milkshakes. If something caught his fancy, I gifted it to him. Fate intervened. My gifts never reached the bearded revolutionary, let alone increased my chances of a possible tête-à-tête.

In 1971, I travelled all the way to Chile to somehow meet him, knowing he would be there on an official state visit. But even the best laid plans go awry.

Anyone who knew anything about Castro knew he was the epitome of a true ladies’ man. Knowing of his love for beautiful, petite women, I decided to approach one of his paramours for assistance. She agreed to help me at first, then turned her back on me, thwarting my plans yet again.

I imagined every possible way to get close to him. In most photos of Castro, he held a Cuban cigar clamped between his teeth. I went to great lengths to gift him the finest cigar. However, I had terrible timing. He, unfortunately, gave up smoking in 1985.

I thought fate smiled on me when the red Soviet flag lowered for the final time over the Kremlin in 1991. I assumed it would be easier to meet him. Nothing could have been farther from the truth. It only became more difficult. The day I would see Castro seemed like a distant dream.

At the start of the new millennium, I journeyed to Panama, hoping to meet him at the 10th Ibero-American Summit. History, never kind to me in my efforts, ensured I failed again.

Though most of my efforts fumbled, my desire never wavered. The world witnessed significant changes while I chased Castro.

The Oval Office housed ten Presidents, from Eisenhower through George W Bush, while back in the Palace of the Revolution in Cuba, the First Secretary of the Central Committee of the Communist Party was always and only Castro. Eventually, he retired in 2008 after forty-nine years in power, owing to ill health.

An old Japanese Zen proverb states, ‘Fall seven times, stand up eight.’ You might say I would have succeeded if I relentlessly kept trying.

In fact, I was more than relentless. I tried. Not once. Not seven times. Hell, not even a hundred times. I tried over six-hundred-and-thirty-eight times. Yes, you heard that right. I didn’t just fail; I failed miserably.

With my efforts turning futile, I took a break, giving up my pursuit of the comandante.

Little did I know that my wish would be fulfilled soon.

No, I didn’t manage to meet him. He ended up meeting me! Imagine my surprise when, three months after his ninetieth birthday in 2016, Castro visited me. Better late than never, right?

I had looked him straight in the eye. “Ah, finally, we meet, old amigo.”

“Looking for me, huh?” The wizened, balding comrade’s eyes twinkled behind his glasses. His lips twisted into an arrogant smirk as he stroked his trademark beard. Old age wore his vigor away, but not his chutzpah.

“You bet!” I flashed a deadly smile and clasped his wrinkled hand. “All these years, you’ve kept one step ahead of me, you lucky bastard!”

It took many years, many accomplices, and loads of attempts, but that’s how I met Fidel Castro. At long last!

Excuse me. I’ve forgotten my manners and didn’t introduce myself while recounting my experience. I’m Death, by the way.

Regarded as the person with the most assassination attempts against his life, the late Cuban leader Fidel Castro had evaded multiple CIA-backed plots, with estimates going as high as 638. He even once joked, "If surviving assassination attempts were an Olympic event, I would win the gold medal." Among the attempts included hiring the Mafia, recruiting a femme fatale, and sending deadly traps disguised as gifts. Despite all this, Castro ended up dying a natural death at a ripe old age.

Adrian David writes ads by day and short stories by night. He dabbles in genres including dark humour, suspense, psychological drama, slice-of-life, military fiction, and everything in between, from the mundane to the sublime.