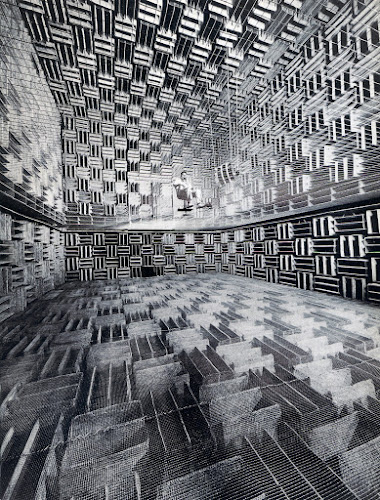 On the Road to Novgorod*

for the deep white.

His threadbare coat no

stiffened by his sides.

The rag covering his head

it rides on fast air

into the moon-lit night.

The angel with the golden locks

offered him solace and inquiry.

of Novgorod are expecting me.

The batteries will soon run out. I had enough
to last me through what I suppose has been
almost a year because I am a natural hoarder.
Difficult to tell, though, because it’s so fucking
cold. No seasons. They bloody did it. Went
off to I don’t know where and blew up the rest.
Used nukes.

I hope someone will find this digicorder and
make it work, because whatever they’ve told you
is crap. They lied to all of us and they’ll lie to you.
Anyway, there were only a few of us who made it
because we’re five potholers and were down at about
4000 meters. We knew a few exits.
When we got up and out there was
only this. Desert and rocks and a few new greens.
Don’t know how the plants do it.

Never mind, back to the facts. We had a few
supplies, some of which we’d stashed below.
We didn’t think we’d make it this long, but there
were more. One day they came over that hill
and we couldn’t believe our eyes. Burnt, tumourous, ragged,
looked like a leper colony. And boy, were we glad.
There were two girls. We’d worry about that later.
They carried stuff they’d found on the way.
Even had a big ham. Glowing in the dark?
Who cared. Can you imagine watching your health
after a whopper like that?

One of them started to build the temple. He was
somewhat ticked in the head. Probably from the blast.
He didn’t remember where he was when it happened. Come
to think of it, he didn’t remember who he was. Perhaps
some religious nut. So he started on that thing. What
would you have done? We helped. Spread out, found
bent metal – first melted, then hardened and misshapen.
We didn’t want to walk too far from the site and always
went in pairs. Had nothing else to do anyway.

And so it came about that we had a temple for
a god who had forsaken us. It was useful when it rained.

I am
the unwritten words
after an ellipsis.

You look
through me.
I become
translucent.

I have taken
your image,
as a wraith,

and you live
in me as I do
in you.

he corners me again

says he was a scientist once

I want to be invisible

he holds my sleeve

his eyes darting from me

to the lesser dark at the end of the alley

I can see them he says

I can hear them he says

they talk in hushed voices

I know he says

shooting across the black of space

he says love is a hoax

for a new set of probabilities

I heard today that John Cage has died.

as an empty book left open

to their very lives,

as a poem never written,

As a silent presence

on a stage that has

inventor of aleatoric music for

which he invented a string instrument

that had to be played by one tall person

* John Cage has been lauded as one of the most influential American composers of the 20th century. He is perhaps best known for his 1952 composition 4”²33”³, which is performed in the absence of deliberate sound; musicians who present the work do nothing aside from being present for the duration specified by the title. 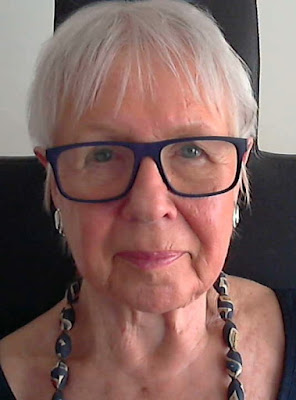 Rose Mary Boehm is a German-born British national living and writing in Lima, Peru. Her poetry has been published widely in mostly US poetry reviews (online and print). She was twice nominated for a Pushcart. Her fourth poetry collection, THE RAIN GIRL, was published by Chaffinch Press in 2020. Want to find out more? https://www.rose-mary-boehm-poet.com/