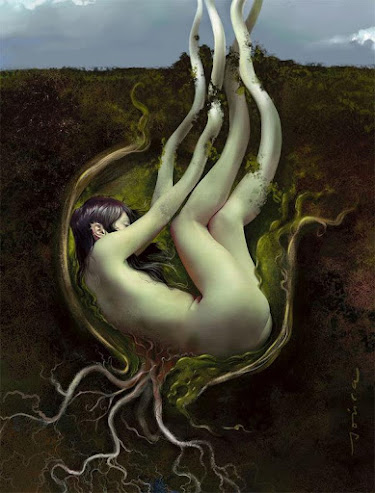 so she must seed through ice,

and the trees too skeletal

that she should risk her fingertips,

as she tunnels the hard ground?

One day, she will bury herself,

some place not far from her beginnings.

The earth may well be

But when something must go into the ground,

it’s not the weather that decides.

It’s up to the one with the seeds,

the one who is all seeds.

It’s reminds me of lightning’s brilliance

The softest of swords.

Image cut through with feeling.

I didn’t know were in my body.

It bursts where it touches.

But as a healing.

is not shaped by reason.

It leaps into the air.

It tickles me underfoot.

I don’t even have to ask

what you find hilarious.

As long as I’m there

I long to be in the cool of lips,
the sea-breeze of welcome,
the soothing of a hug.

I said six o'clock.
And it's closing in on that hour already.
The way the traffic's moving,
six will be a corpse
long before I get there.

Cars and trucks are thick as a July day.
Construction, the usual culprit.
Destruction, in my language.
I move forward, a sweat drop at a time.
Hours dissolve in my brain.
Minutes don't matter enough
to count themselves.

My lateness
is the guy ahead of me swearing.
It's kids splashing in a pool
in the front yard
of a house I crawl by.
It's a radio booming hip-hop.
It's loud barking.
Just what dog days need.
A dog.

make of every natural phenomenon, a story,

create another context for the sun, the moon, the stars,

prop up sounds that coalesce to music,

and map the creatures in the stars.

We take the morning for its soundless shine.

the day for its rainbow world,

embrace the dusk that quenches the purple thirst of hills,

and we learn from the lights of night,

how they don’t slink away at dawn

and as for that big bright ball, that god of all gods,

it hunkers down in the depths of our sky,

Pass tossed high and long,
one receiver figured he was two steps

from a catch, grabbed at leather,
trapped nothing but gold in his hands.

Tackier rumbled toward him, missed
his body all together, slammed

through rays of ashen moonlight.
Quarterback checked on completion

could just discern the redness to the shadows,
the goalpost's amber tinge.

the game once on the field, now nowhere.
For all their brave resistance,

the night knows how to win. 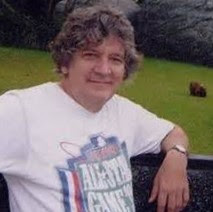 John Grey is an Australian poet, US resident, recently published in Orbis, Dalhousie Review and the Round Table. Latest books, “Leaves On Pages” and “Memory Outside The Head” are available through Amazon. Work upcoming in Lana Turner and Hollins Critic.