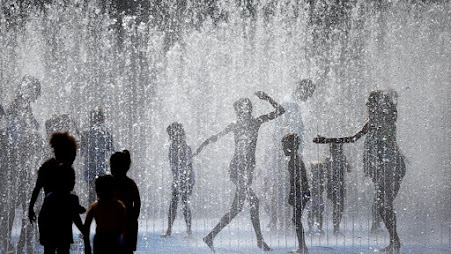 In the leafy back yard

under trees that should cool,

of the spangled beach chair

are hot to the touch

when I grip them and push

myself up and back inside

where the heat has stalled for days

and where you hover

It’s not the heat, it’s the hallucinations,

I say, trying to lighten the mood

as I stretch out

on the tacky couch

under the freezing shower,

Out of the talk and laughter of that little house,

its wine and sopressata and local brew,

I stepped through the porch, pulled the door to,

and the silence of night served to rouse

me more than all the clamour: John had passed,

some frayed clouds across dark sky, when at last

I understood. “Passed?” I’d thought, what? the bar?

His chemistry test, leaning over the Bunsen’s blaze

next to Deb Stein with her bony knees and cross-eyed gaze?

But the verb was intransitive, I saw, blinking at a blinking star.

John’s passing had no object, and I almost fell:

all those times he’d tackle us laughing in the green dell. 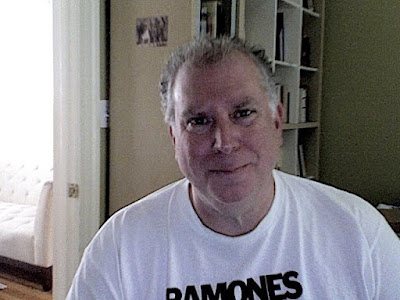 Alec Solomita is a writer and artist working in the Boston (USA) area. His fiction has appeared in the Southwest Review, The Mississippi Review, Southword Journal, and Peacock, among other publications. He was shortlisted by the Bridport Prize and Southword Journal. His poetry has appeared in Poetica, Lothlorien Poetry Journal, Litbreak, Driftwood Press, Anti-Heroin Chic, The Galway Review, The Lake, and elsewhere, including several anthologies. His photographs and drawings can be found in Convivium, Fatal Flaw, Young Ravens Review, Tell-Tale Inklings, and other publications. He took the cover photo and designed the cover of his poetry chapbook, “Do Not Forsake Me,” which was published in 2017.