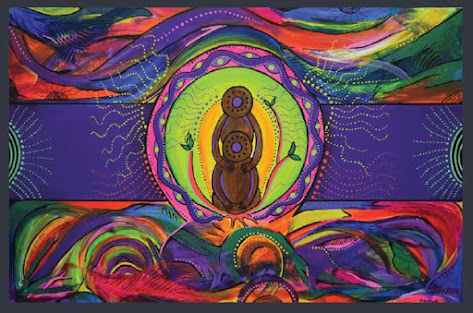 —an end of life tale

She warned once her memoirs were released everyone would be flabbergasted. No one was. They were never completed. Nothing about the arranged South American wedding to a man twice her age or affairs and subsequent divorces and remarriages. Nothing about the perfume soaked cigar she smoked on a dare from Castro on his boat, she calling him “Fidelito,”  he calling her “Lolita.” Nary a word about the births of her three children, and nothing of the estranged one out of wedlock. Paths two took she boasted were other than they were: her daughter’s military career became a San Francisco law firm partnership, her son’s Afro-Caribbean band a British Columbia classical concert piano tour.

Everyone fell under her spell, enchanted by tales of youthful and worldly escapades. Even as dishtowels were left to dry draped over kitchen stove pilot lights. Even as a stranger smoked a blunt at her kitchen table. Even as vials of vitamins, oils, and creams lined up replacing blood pressure and cholesterol medications, the vascular scar on her neck throbbing.

“All I need is a shot of lemon juice and clove of garlic each morning,” she would insist.

As she waned rapidly thinner, later revealed due to stomach cancer, she bragged she was more fit than in her teen years, discarding bras but not sheer blouses as an octogenarian.

Her part time job fell by the wayside at her friend’s apartment complex. Undeposited rent checks and undelivered eviction notices piled up with her own unpaid bills.

And then she fell, again and again, looking more like a battered woman than the wild spirit she fancied herself. Denying ever more frequent spills, Dolores told anyone whose attention she could garner that spoons flew from the drawer into her face or that she fell from a helicopter—until a health care worker suggested she stop those stories or she would be diagnosed daft, making the screw loose hand sign at his ear.

Her daughter had taken her to tour an assisted living facility by tempting her it was spa like. Dolores seemed to enjoy the visit, playing Claire de Lune for residents in the recreation room. Yet she refused to move.

A last fall landed her in the emergency room then nursing home. Ill-prepared staff encouraged her entertaining fantasy life but complained at her belligerence as she accused them of stealing the clothes and passport she needed for an impending discharge that was never coming.

Under eventual hospice care, she stumbled through a bank of fog, progressively confused by the widening distance between herself and the world. That last night, beneath a meteor shower, she fell into an endless sleep, head turned toward the window aglow. The ashes, that her son claimed and refused to disperse into the San Joaquin Delta where she longed to stay, remain atop her old Steinway in an urn embossed Una Vida Grande.