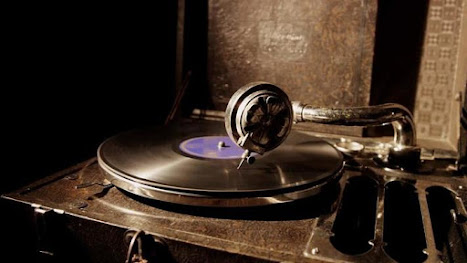 
I am a serpent

secretive in stripes and heels,

to the dark-eyed gentleman

That expansive manner of his,

made up of tailored clothing

I slither in my silk

underwear and stockings, a brazen

fox coming too close to the window.

He slides behind me in the kitchen, puts

a confident hand on the back of my neck

And my ballet-shoe, as fire matches fire.

My skin electrifies and I stop my tongue

just in the places he needs me to,

in between sentences and before he moans

and the squirrel dives out of sight.

The man who conceals us so

is pacing upstairs to a vinyl

I know he gets restless in the night.

Two o’clock and I

scurry down the empty stairs,

his full mouth and that sweet taste

I was standing in his

and how they found my waist.

burning with all I thought lost to youth.

The black tide crawling its way up to us, blue water washing bottles,

battling the remnants of truth.

He will not take care of me, except in the ways I need, and anyway -

we leave no proof.


Brown eyes soft and ‘You can’t embarrass yourself here,’ but oh, you know this is just the start

while I join him where it scares me, beneath the stars.

Ecliptic lights flashing on the road-side,

his pace is boyish and catlike

‘Where were you walking to?’ I say,

his bag of wine clanking, my cheeks streaked

‘You,’ he says, half-surprising himself,

before we turn back to her.

(he finds her eyes kind)

drinks in her pebbled beach scent.

And then he was taking the stairs two at a time, for me

Spreading his passionate mind thin across the knife she holds

I throw open the window and let in night-time air

he shuts it, when I’m around -

and my jealous hands scatter the gifts outside

cards lying on the black grass,

My chest reddens with shame

I smoothen my black tights

spent wrapped in his arms,

rustic-sounding tones, as he sings me to sleep

his room is threaded with records and cut clean

When he swore behind me, I half-hoped it to be

a promise that night: she was his final hit of morphine.

But I know how this will go, by heart; soft murmur of Jolene, Jolene.

A watercolour passerine, etched onto cerulean wood, clutched by clammy fingers.
Chained at the ankle, an istoria in honeycomb, a cruel loss of her familiars.
Sweet as a Dutch finch, leaf at the window, charred-red and wetter than sweat.
One of the oaks beyond, in shadow of the first, spears the sky’s pamphlet.

A tableau vivant, history-book open, artist surveying whitewashed mural.
Imaginary words, enunciations of estuary England, clear and yet cordial.
Across the gallery, our gazes could have entwined, without any performing.
Unwatched, she had been unravelling, her dark hair softly falling.

No footprints in the corridors, ‘I’ll be five minutes in,’ and out before the showers.
Tunisian rugs, dust-particles in swirls, bridges over water I watched for hours.
Next was Rembrandt, gold ebbs of lighting, brush-strokes in shadows of noir.
Empty corridors, I had travelled little and light, yet I had come so far.

On this virtual tour, I thought of her, those eyes so porcelain and sharp.
I passed the birds, French Impressionists, and landscapes dreadful and dark.
The paintings, recalling loved ones missing, in beauty or in death.
They belong framed, imitating life, all I’ve known hanging in depth.


Love joined in artistically, there she was, in understated display.
Refined as dawn, even sunset was lightness, she could only be a Monet.
Clear strokes, pastel and acrylic, a copy in a nearby bungalow.
I walked by Japanese art, seascapes blue, and contrasting white snow.

Her laugh was bright, like Blake or Klimt, feminine silhouette in smock.
A theatrical charm, everything she touched, I saw her in Flemish Baroque.
Landscapes of Amsterdam, the Dutch Golden Age, European avant-garde.
I suppose you could say, everyone I ever loved, is crystallised in art.

Elle Renée Morgan is a twenty-something content writer with an MA in Creative and Critical Writing from Sussex. She enjoys French literature, wine, red lipstick, and anything decadent from the early twentieth century.