One Prose Poem by Denise O'Hagan 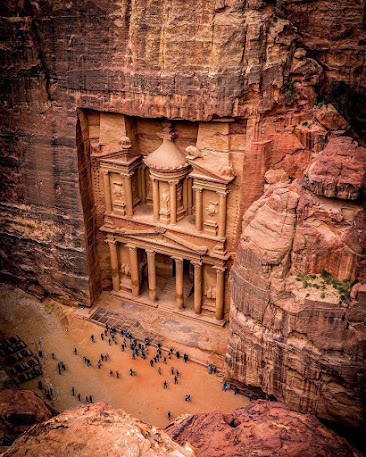 I pause a moment, chest heaving, and press my sash to my forehead. If I could sweat diamonds, my family could make amulets from my labour, and I wouldn’t be lugging great lumps of rock onto planks for this city they want to build. In the distance, I can just make out the dark lines of camels and donkeys laden with boxes wobbling their way through the shimmering throat of the gorge. Our ancestors may have been nomads scratching out a living with their goats on the hillsides, but this is our home now, where all roads lead. No wonder they call them the Incense Routes, with the amount those Christians use! All this comes at a price, of course, especially for us builders. When it all gets too much, I slip off to a tiny cave I know of in the mountains for a moment’s rest. I try to summon my wife’s face above her swaying spiral earrings, but it’s becoming blurry as a mirage, even as the lines of the red rock around me gather features. How will my practical Amatisi ever understand the seduction of the chip-chipping of tools and the rise and fall of voices day after burning day until a temple fit for the goddess is unearthed before us? My hands might be calloused, but my spirit sings. She’s right, I’m a dreamer – these houses and tombs and monuments lay buried here in the rock already; all we needed was the idea of them to bring them to light. And as I see the edges of the columns emerging from the sandstone cliffs, I know I’d rather be here than anywhere, learning from the best builders in the world, realising our plans to within a grain of sand. Will anyone in the future, I wonder, really appreciate the supreme skill of creating by subtraction?

Note: The ancient city of Petra, in what is now Jordan, was built by the Nabataeans. Hewn out of the desert rock, Petra flourished to become a cultural and trading centre from 3 BC until 1 AD when the Romans took over, sea routes replaced roads for trade, and an earthquake struck. The city lay empty until Burckhardt rediscovered it in 1812. It was declared a World Heritage site in 1985, and one of the seven New Wonders of the World in 2007. 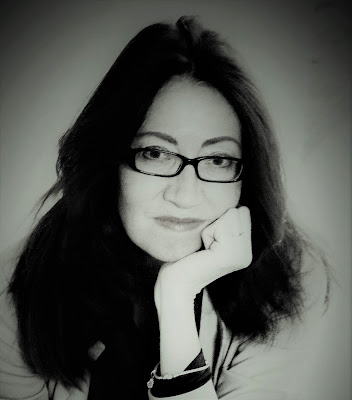 Denise O’Hagan was born in Rome and lives in Sydney. She has a background in commercial book publishing, manages her own imprint Black Quill Press, and was Poetry Editor for Australia/New Zealand for Irish literary journal The Blue Nib until 2020. Her poetry is published widely and has received numerous awards, most recently the Dalkey Poetry Prize 2020. Her debut poetry collection, The Beating Heart, is published by Ginninderra Press (2020).
https://denise-ohagan.com

By strider marcus jones at May 31, 2021
Email ThisBlogThis!Share to TwitterShare to FacebookShare to Pinterest
Labels: Contributors, Prose Poem