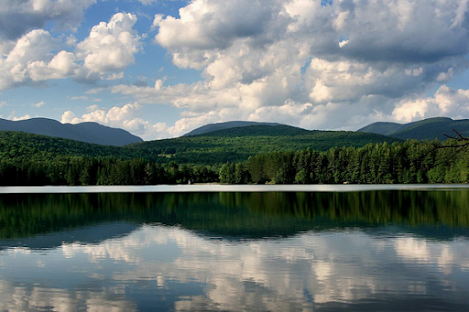 —IN THE TIME OF PLAGUE

Nor can the deer

leave the haze that

She won’t be excused

from these days until her blood

and the sated, blear-voiced dog rests.

WITHIN THE DRIFTED SNOW

Vole drags bound broom straws
across her frosty floor.
She talks to the wind she can’t see,
and she waves the whisk
across her cold room’s reach.

Somewhere, in another season,
there is an open window,
but Vole can’t catch its light.
Somewhere, there is a door,
but she doesn’t want it.

Wind leans at the glass,
pushes with his heavy blue hand.
Wind looks in, finds only
the movement he causes,
lift and sway of netted curtains.

Vole’s fingers curl round
her brown broom stick.
Efficient whisker, she pushes
her weapon under and past
bits of dried purple clover.

Before they died, the petals
of the clover were mouths always
reaching for drink. Those who
were always thirsty now are
withered on the winter floor.

Vole lets go the wooden rod.
It bangs on the icy plane
as she reaches into the fur
coating her shoulder blades,.
scratches at the mites who plague her.

While she scrapes her tender skin
Vole thinks of summer’s sun.
She considers green stems and blades.
She dreams toothy white roots,
roots as white as new snow.

You monstered out of the dark,
your storied body conjured
by my own thought.

Wolves sang to the moon’s face.
You turned, slapped back.

Then you heaved your vast shape
into shifting shadow.

And starlight skittered, swore
to hold your furred secret.

At last, your nimble nails
pencilled the page you were,
the story you meant to tell,
your final sleep.

FOR THE AUTISTIC CHILD

Rain and rain and green lawns.

for driving into clouds,

pushing down off mountains

of clarity and confusion.

Driving, I could drive forever—

before my thinking eyes—

as though they were warriors

country of dragons and pain—

yet bright as the sun he sees

in a country I can’t.

And where drive I—

inside confused and fog-filled sky?

EMILY’S LANDSCAPE, IN AN UNHAPPY TIME

I thought I knew trees. But I never saw

across a sharply bevelled sky, its clouds

of houses I could have sworn held hope. I

would not live in homes like these gauze horrors—

The trees I love show green against any

red, when it’s time. The mounds that own these

broken twigs recoil—affirm no feet in

sweet soil, nor reach for rain; no, these

its bruised cold. With it I slide down into

me along every day’s concrete walls.

Here I lie, waiting on recollections— 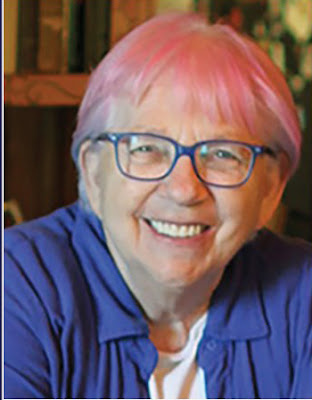 Bertha Rogers’s poems have been published in journals and anthologies; and in several collections, among them Wild, Again (Salmon, 2019); Heart Turned Back (Salmon, 2011); and Sleeper, You Wake (Mellen, 1991). What Want Brings: New and Selected Poems is her collection-in-progress. Her translation of Beowulf was published in 2000, and her translation and illuminations of the riddle-poems in the thousand-year-old Anglo-Saxon Exeter Book were published as Uncommon Creatures in 2019. She co-founded Bright Hill Press & Literary Center of the Catskills in 1992; although retired, she still teaches literary workshops and edits poetry collections for the Center and other organizations and schools. She lives on a mountain in New York’s western Catskills.

By strider marcus jones at May 24, 2021
Email ThisBlogThis!Share to TwitterShare to FacebookShare to Pinterest
Labels: Contributors, Poetry