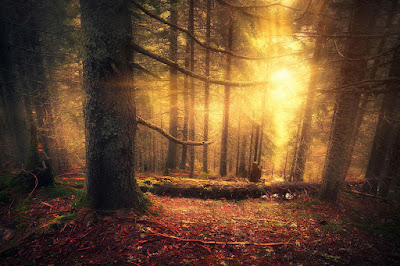 A BROKEN SONNET ABOUT BREATHING

and when my breathing stops

and their breathing becomes

even though my breathing

is gone and still

IN THE MORNING I IMAGINE I’M A TREE

I wake and see squirrels

rutting around my roots.

A deer stands nearby ignoring me.

Last night I dreamt of miracles,

oceans growing at my base,

the sky settling in my hair.

None of that happened.

Instead I feel the cold on my face,

the stiffness in my fingers.

Thoreau thought there was magic here,

magic in the stillness of standing

in the forest, and maybe he was right,

but he lived only long enough

to see nothing but his dreams.

he hears the voice of God

rising from his palms

But I’ve heard the dead

and so have you

and left us here

Only says one thing

What the Dead Teach Us

Some have to die, give up,

allow their bodies at last

to tumble to the ground,

So that you and me,

struggling by, can think,

I won’t give up

God will stumble and fall 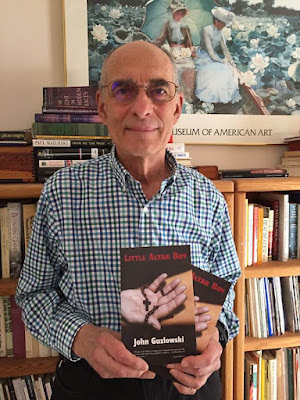 John Guzlowski’s poetry appears in Rattle, North American Review, Garrison Keillor’s Writers’ Almanac, The Ontario Review, Atticus Review, Manhattan Review, and other print and online journals. His most recent books of poetry are: Echoes of Tattered Tongues (winner of the Eric Hoffer Montaigne Award), True Confessions, and Mad Monk Ikkyu. He is also the author of the Hank and Marvin mystery novels.

Czeslaw Milosz in a review of one of my books about my parents and their experiences in WWII, said my writing “astonished” him and that I had “an enormous ability for grasping reality.”