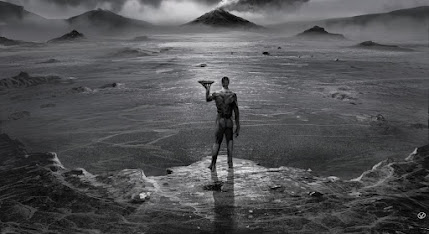 Return of the Fission

on the tip of my tongue,

too explosive to steal,

hanging on the galactic cross

as the sky lost all light,

dimming under the weight of darkness,

waiting for the next eruption

while space folded inward upon itself

into a state of entropy.

when the goddess begs for warmth,

and my breath is nuclear

in a field of salted earth…

planning to erect pillars in her honor

as the heavens roar

and the blanket of oblivion

stretches out to cover us in kisses of absolution.

Two fish swim through the ocean above us,

pissing wine from the barrel of Aquarius,

and Dionysus dances in maddened revelry,

cackling along with the chaos

of our orgasmic frenzied fervor

as the focus of my two eyes is shattered…

the blinded orbs roll back in my head

to touch a zero-point ascension –

a crescendo, a climax, a cancer,

a new wave cometh to burn.

so it’s no surprise

why I’ve forever been

for a source that cannot be seen.

My spirit yearns with a fervent passion

after that ineffable mystery of creation

which has no tangible touch

but can always be felt

at the innermost core of intuition

where the soul of the matter

is guided ever-closer to truth.

Subjectively, I dance across

the woven web of synchronicity,

laughing at the materialists

who scoff with objective displeasure

at all concerns they cannot fathom.

What need have I

when the most beautiful visions

are found deep inside?

from a plane of existence

beyond this world of time and form,

and space is just a place

where I can roam freely

which align my electric pulse

to a frequency most divine.

to turn the other cheek,

but he also had a thing for whips.

is that these mixed messages

and so I’m not quite sure

whether we should hit the sack

every banker’s bag of silver. 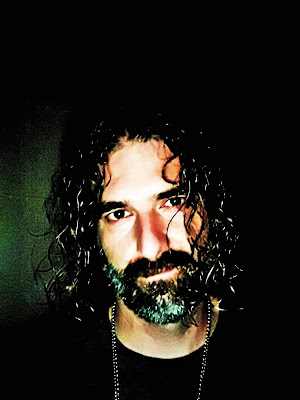 Scott Thomas Outlar lives and writes in the suburbs outside of Atlanta, Georgia. His work has been nominated for the Pushcart Prize and Best of the Net. He guest-edited the Hope Anthology of Poetry from CultureCult Press as well as the 2019, 2020, and 2021 Western Voices editions of Setu Mag. He has been a weekly contributor at Dissident Voice for the past seven years. Selections of his poetry have been translated into Afrikaans, Albanian, Azerbaijani, Bengali, Dutch, French, Italian, Kurdish, Malayalam, Persian, Serbian, and Spanish. He spent the past two years working on a collaborative book, Evermore, along with coauthor Mihaela Melnic (their poetry/fiction hybrid collection was released in September 2021 as the flagship title of 17Numa Press). His podcast, Songs of Selah, airs weekly on 17Numa Radio and features interviews with poets, artists, musicians, and health advocates. More about Outlar's work can be found at 17Numa.com.

Essay-on- Love   As I walk down the road I’m thinking about those Greeks, and their eight types of love. I remember too that   I am ... 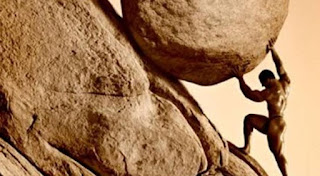